Reflection....something I call myself doing at times, but really it was more of a quick assess of what I have been doing rather than a true, deep rooted reflection - because that hurts sometimes.  The #SummerLS (Summer Learning Series) has truly prodded some personal reflection prior to this challenge and some has been very painful in that it revealed some of my flaws.

It all started with the first challenge. Why couldn't I get teachers to engage in Twitter previously, or much less participate in a chat? Suddenly with the summer series, they are! When I saw teachers following me on Twitter, some of whom I have tried to get on for 2 or more years, I was slightly jealous.

I was hurt that those who I saw as friends/colleagues would suddenly jump on the band wagon and didn't trust me enough to even try the many times I attempted to get them connected! (taking it personally) Not to mention, some of them have verbally made it known that the summer is 'their time!", and they would not be participating in any 'school' stuff. (putting blame on them) 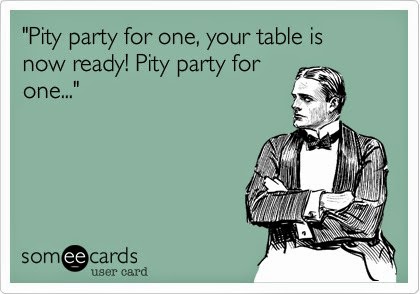 Needless to say, I was having a good pity party over this.....using excuses to prolong it as well. I kept asking myself what did I do wrong, rather than what should I have done differently to help the teachers be more successful.

I realize that sometimes I have great ideas but then don't have the means or time to follow through. Wait, let me rephrase part of that, I don't have the means or make the time to follow through! Just like this blog, my intentions were good, but I did not make the time to keep it updated. It will be one of my goals this year, and I will need you, my friends, to help hold me accountable!

I then thought about the TED talks I wanted to start. I did one, but only the one. I got discouraged because I only had about 12 teachers participate, so I did not do it again. What I should have realized was that most of those were teachers who had not participated in other outside professional developments before.  I should have been celebrating that some teachers were embracing a new form of PD! Note to self: try this again, and stick with it!

If you made it this far, THANK YOU, I could go on and on with all learned from reflecting over this past year. I promise to grow, reflect, and share more.....later!  I am so thankful I have grown an extensive PLN now to grow with and lean on!! I am also thankful for this challenge!
Posted by JAM at 8:04 PM No comments:

Do You Inspire or Squash?

There is so much I love about this Verizon commercial! I love the inquisitive nature of the child as they show her growing and the way she appears to take her own learning to a new level! The way she is exploring at the beach and picks up the starfish, takes her planet project and just grows it to a new element, and then building a rocket! All of these things excite me as an educator because children are born with a desire to learn!

There is also an element of heartache that comes with watching this because so often we unintentionally (and some intentionally) use words and actions to squash the learning desire in children! Having to put down the starfish, the mom complaining the project had gone too far, the dad making her give up the power tool, and then the most heartbreaking part is when she reads the sign about the science fair (and I get all excited thinking she is still going to do it) and then she uses the glass reflection to apply lip gloss.


So do you inspire or squash that desire to learn? Do you offer students opportunities for growth or do you squash that awesome idea because it will be 'too much work' to set up or manage? Be an inspiration! Tell yourself: Posted by Jo Anna Moreland at 11:28 AM No comments:

I love to write, and find therapy in it, but don't do it as often as I should. While attending EdCamp Region 4 yesterday, someone asked me for my blog, and embarrassingly I had to tell her that I had one but did not use it as I should. I was even more embarrassed when I realized it had been almost a year since I posted anything. Thoroughly ashamed!

Yesterday was the second time I have attended an EdCamp! It was AWESOME! It is the type of conference where the sessions of the day are not lined up until everyone shows up and shares what they would like to hear/discuss that day and then the sessions are created. Many of the sessions I went to were about topics I wanted to know more about, but then there was one I had some knowledge of and ended up not only learning but sharing and making some great connections with other educators.  Someone from my district made the comment that she loved how people just sat around and SHARED out their great ideas with strangers who left being friends! If you have never attended one, you definitely need to add it to your list of things to do!

Something fun I learned about was Kahoot! You don't need special remote response systems. It is web based and can be run on a laptop, iPad, iPhone, iPod, Android, Chromebook, Windows Phone or PC.  Students get immediate feedback in a game-like atmosphere, and teachers can get a resulting spreadsheet with student data input. Fun and easy, check it out!

Posted by Jo Anna Moreland at 9:27 PM No comments: 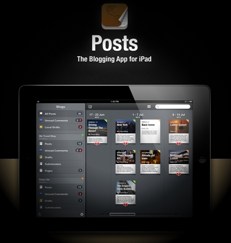 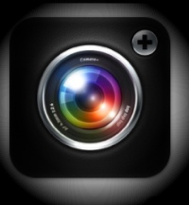 Today, I am testing out a new app! It is called "Posts"This app was on a list of FREE apps for today, normally $9.99! It allows me to post to my blogs from my iPad! So far it has been pretty easy to set up, and appears to be user friendly! I was able to upload pics from my Camera Roll which I edited with an app called Camera+. 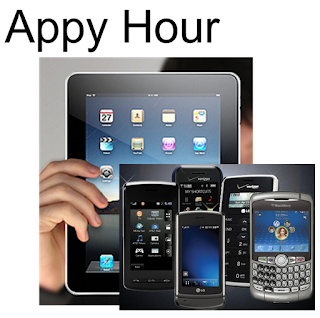 I will be hosting an Appy Hour the first Monday of each month (or will try to stick to that schedule).  This will be a time where I share apps I think you might find interesting and then open it up for others to share apps they find useful! This could be lots of fun! I am looking forward to input from teachers, administrators and other staff. Feel free to comment and tell me what your favorite apps are! I will post links to apps we have discussed each month on here.
Posted by Jo Anna Moreland at 10:34 AM No comments:

Now that you have played with the QR Codes and have some experience creating them, let's look at some different forms of QR codes and some sites that will spice up your use of them!

Allows you to create a QR code that produces an audio clip of up to 100 characters in 40 languages. We have used them to make vocabulary activities. A couple of examples would be when introducing new words. Students each received a card with a code on it, scanned it, and then found and stood by the word on the wall that they felt represented the definition. Students then checked with each other to see if they agreed. Another teacher placed her codes on cards around the room: on the wall, under desk, sides of shelves and cabinets, creating a scavenger hunt for students to find and answer. Students absolutely loved it!

Create a treasure hunt for your students or staff! I have used it as a professional development activity to spark an interest in the possibilities of using the codes in a class. Teachers loved it. They have lots of pre-made activities also that you can access. Be sure to preview the entire set before using.

LiveBinders are like three ring binders online where you can store websites, documents and many other items! Here is the link to a blog post I did on LiveBinders February, 2011.  The binder can be made public and shared with others, and someone has created a nice one on QR Codes that you can access! When you click on a tab you will see a page or an address you can access.

So excited this morning when a former teacher, now administrator, shared with me her use of a QR code in a handout for her parents! It linked them to the campus Facebook page where information is posted almost daily. Great use of the code! I would love for others to share ways you have used codes.

You know how to scan now, so how do you create your own codes? There are many ways. I will show you a couple of sources that I use.

i-nigma
I recommended the use of i-nigma as an app on your phone because it has been one of the best I have used, but I also love the website. It allows you to create your own QR codes for websites, text messages, and general information! There are others that do the same such as Kaywa,  GoQR.me, and QR Code Generator. I think it all comes down to personal preference, so you may want to check out these others and see which one you like best.

You will notice the format in i-nigma is very easy. You choose whether you want your QR Code to take the scanner to a website link, an embed code, your contact details, or an SMS (text message).  I do prizes sometimes in my sessions and will have cards with QR Codes on them with "Winner", or a variety of  "You have a winning attitude, but you did not win a prize today!". Teachers love to scan and see if they win something. When I set it up this is what it looks like. I then right click on my code and save the image. If you give it a title, it will save the title within the image, so I usually don't give it a title and just name it when I save it. 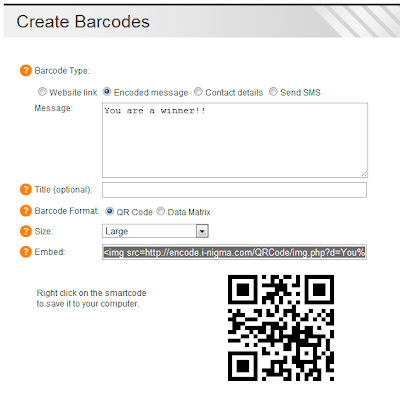 This is what the person scanning the code sees on their phone! 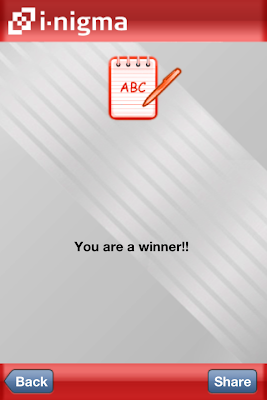 Chrome
Another way I create QR codes is using a Chrome extension. If you use Chrome as a browser, you simply go to your Chrome Web Store and search for QR Code Generator - there are dozens! If you use a URL shortener often then you might consider the goo.gl URL Shortener. Not only does it provide a URL shortener but a QR code as well. 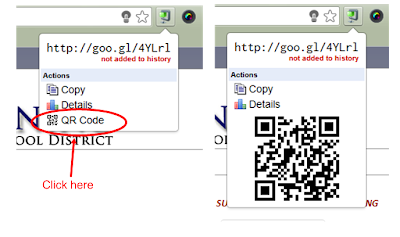 Those are the two most common ways I create codes! This week I want you to try creating two codes, one for a website and one for a message!  Feel free to share with me. You can email your codes to me at morelandj@navasotaisd.org. Only share if you don't mind my using it in my blog at some point possibly!

This work is licensed under a Creative Commons Attribution-NonCommercial 3.0 United States License.